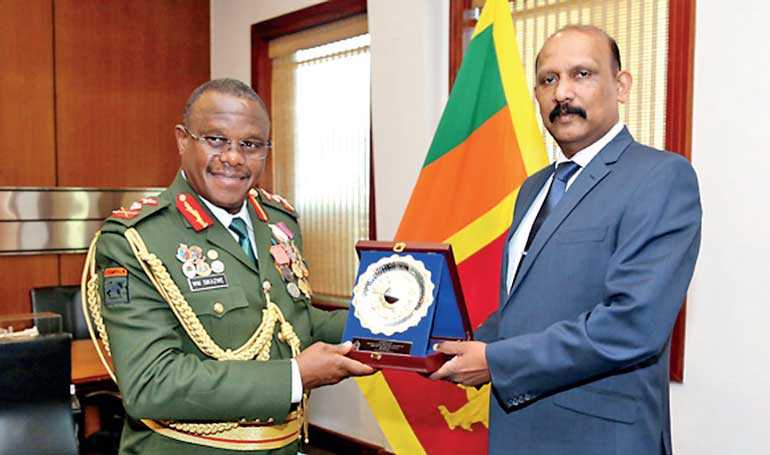 Defence Ministry Secretary Maj. Gen. (Rtd.) Kamal Gunaratne yesterday said although the Sri Lankan military had completely defeated LTTE terrorism militarily 10 years ago, the challenge of defeating its separatist ideology still remained, as some Tamil politicians were attempting to propagate it in the minds of Tamil people.

He said the aspirations of the majority of the common Tamil people were different from the ideology of those politicians. “The innocent Tamil people who were battered under LTTE terrorism do not want a separate country, but some Tamil politicians want devolution of power,” he said, when he met the visiting Zambian Army Chief Lt. Gen. W.M Sikazwe at the Ministry.

Referring to the military expertise that was used in the final war to end terrorism in the country, he said the LTTE terrorists were using asymmetric warfare tactics, and the Sri Lankan military had to develop its own asymmetric warfare, which reduced the LTTE to merely an ideology after mid-2009.

Maj. Gen. Gunaratne also highlighted the lasting relationship between the two nations, which dates back to the heyday of the Non-Alignment Movement (NAM).

Lt. Gen. Sikazwe sought the possibility of sharing the expertise and experiences of the Sri Lankan military as a furtherance of the existing Sri Lanka-Zambia military relationship.

At present, six Officer Cadets and one officer in the rank of Major from the Zambian Army are undergoing training at Sri Lankan military institutions, including the Kotelawala Defence University.

Maj. Gen. Gunaratne said the Ministry was willing to facilitate if the Zambian Army required a team of Sri Lankan military instructors to conduct sessions at their staff colleges.