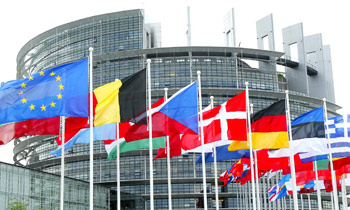 A number of non-governmental organizations (NGOs) including the British Tamil Forum have urged the European Parliament to request a briefing from the UN High Commissioner for Human Rights on Sri Lanka before deciding on the GSP+ reinstatement.

On January 11, the European Commission recommended the reinstatement of GSP+ trade benefits to Sri Lanka.

The EU withdrew GSP+ benefits in 2010 in response to persistent human rights abuses. The European Parliament and the Council of the European Union now have up to four months to raise objections before benefits are reinstated.

“Recent reports from UN treaty monitoring bodies and UN Experts demonstrate that the government of Sri Lanka has not done enough to address serious human rights abuses. In December, the UN Committee Against Torture found that torture remains a ‘common practice' by the police. This indicates a serious failure to implement the Convention Against Torture,” he said.

The GSP+ is a conditional trade scheme based on both ratification and implementation of 27 conventions that relate to human rights, labour rights, environmental rights and good governance. Sri Lanka must follow these strict criteria to become a GSP+ beneficiary.

“This will give the EU time to seek a briefing from the High Commissioner and obtain his in-depth knowledge of Sri Lanka's adherence to and shortcomings with the human rights conventions required under GSP+. The full four months will also provide the time needed to review the High Commissioner's report,” he said.

High Commissioner for Human Rights Zeid Ra'ad Al Hussein will present a report on Sri Lanka's human rights record at the 34th session of the Human Rights Council in March this year.