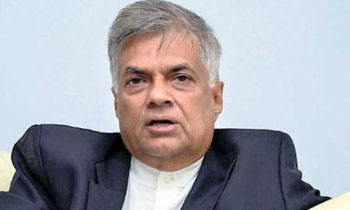 Prime Minister Ranil Wickremesinghe has requested the Central Bank to come out with details with regard to issuing of gazette notifications pertaining to the bond issues since 1999, informed sources said.

Sources close to the Prime Minister said he had done so as the minister of national policies and economic affairs under whose purview the Central Bank comes under.

The government printer also came up with a similar revelation before the presidential commission which is probing the bond issue on January 2015.

However it has been reported that the Central Bank has not been able confirm this situation.(Yohan Perera)