Sri Lanka’s Board of Investment (BOI) says positive foreign investor response has been received for the fabric processing park to be setup in Eravur, Batticaloa to source fabrics locally for apparel exporters. 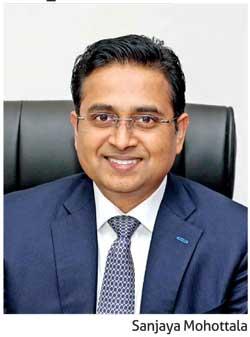 As per a apparel industry proposal, the BOI went into acquire a 200-acre land in Eravur to set up the proposed fabric park.

Updating on the current status of the proposed fabric park, BOI Director General (DG) Sanjaya Mohottala said yesterday that discussions with several foreign investors were held and they have positively responded to invest in the project.

He opined that Sri Lanka’s apparel exporters would benefit from the proposed fabric park as it can ensure an uninterrupted supply of raw materials as well as it would also result in reduced cost of production for Sri Lankan apparel exporters, particularly in the current context.

Initially, the proposed fabric park was expected to attract foreign investments from China and India, in the range of US US$ 50-100 million, to set up fabric mills and other finishing facilities.

However, apparel exporters earlier said the development of the park was facing delays due to a stretched environmental feasibility study.

Meanwhile, Mohottala also revealed that Sri Lanka’s apparel exporters so far have received US$500 million worth of export orders for the supply of PPE (personal protective equipment) and said that these orders were set to increase to US$ 1 billion in the near future.