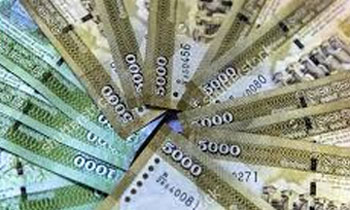 A couple has been arrested by the police on charges of possessing 568 possessing counterfeit notes with a face value of Rs. 2.16 million at Ariyalai in Jaffna yesterday.

Police said the suspect couple was arrested following a tipoff received by the Jaffna police.

The arrested man (26) and his wife (19) were identified as residents of Alaweddi and Maniyamthottam.

Police also recovered two printers, a scanner and a laptop that had been used by the suspects for counterfeit notes printing during the raid.

The suspects were to be produced in the Jaffna Magistrate Court today.(Darshana Sanjeewa)