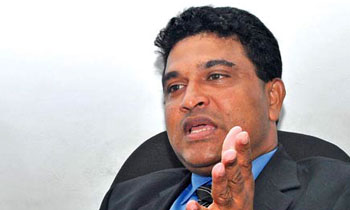 “The party believes that this Constitution is outdated and it should be changed in keeping with today’s needs. It is interesting to see those who opposed the 1978 constitution now attempting to cling to the Constitution,” he said.

The MP said it was too immature to talk about the next presidential election because no decision has been taken on abolishing the presidency or on the new Constitution.

“The UNP will act as it did during the previous presidential election where we chose President Maithripala Sirisena as the common candidate without anybody knowing about it,” he said.

When asked whether the government could function any longer with different views expressed by the parties in the coalition, the MP said it was not an issue because at the end of the day, the government would arrive at the correct decision despite the differences on policy matters. (Yohan Perera)