You are here: Home / Breaking News / Appointment as MP delayed due to interference in judiciary: Piyasena Gamage – Daily Mirror 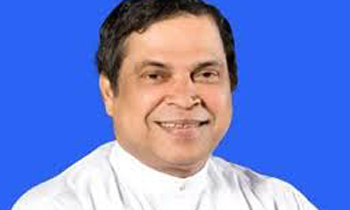 MP Piyasena Gamage said today that the Court verdict confirming his appointment as an MP was delayed, because some people attempted to interfere with the judiciary.

“There are some who try to influence the judiciary, though the government has a whole does not do so. A case such as mine would have been resolved within a short period, but in Sri Lanka, it is a time consuming affair. The verdict on my case would have been given much earlier if not for the influence by some,” he said.

Speaking during the budget debate the MP said the funds allocated for the judiciary should be used to change their mindset and stressed the need to focus on human resources development and make Sri Lankan youth employable. “The opposition should not criticize the Budget for the sake of criticizing but should support the government to resolve important issues,” he said. (Yohan Perera and Ajith Siriwardana)