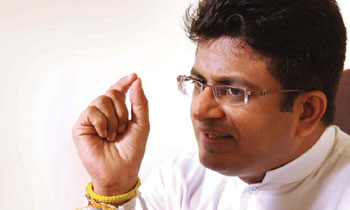 He said the final agreement with Chinese Company had been approved by the Attorney General and awaits Cabinet approval.

“In the wake of the agreement being concluded in favour of China, there is suspicion that someone may have received a ‘commission’ from this deal. Therefore, we request the President to appoint a commission similar to the one appointed to look into the bond issue to review the port deal. If there is no corruption involved, the government should state the facts,” he told a news conference.

He said only 80 per cent of the amount spent to create the harbour would be recovered from the deal and 1,060 hectares including a 55-hectare island had been given to China on a free hold basis.

The MP said 12 hectares of the port land had been leased out to Laugfs Gas Company in 2013 for an annual charge of Rs.7.5 million per hectare.

“But in the latest deal, a hectare of land has been leased out to China for only Rs.988,000. Though the port would be given free to China, according to the agreement, Sri Lanka will have to pay the market price when re-acquiring,” he said. (Lahiru Pothmulla)