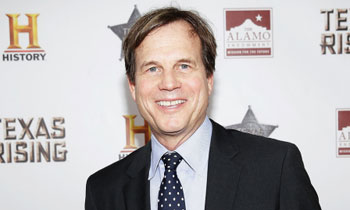 “A loving husband and father, Bill began his career in Hollywood working on films in the art department and went on to have an illustrious career spanning four decades as a beloved and prolific actor and filmmaker. Bill’s passion for the arts was felt by all who knew him, and his warmth and tireless energy were undeniable. We ask to please respect the family’s wish for privacy as they mourn the loss of their adored husband and father.”

The Texas native, who was nominated for an Emmy for his work in the TV mini-series Hatfields and McCoys, began acting in the 1970s. His earliest acting credits include minor roles in blockbusters such as Terminator (1984) and Aliens (1986).

Paxton’s fame rose in the 1990s thanks to roles such as Morgan Earp in Tombstone (1993), Fred Haise in Apollo 13 (1995), the lead role in the 1996 hit Twister and as treasure hunter Brock Lovett in Titanic (1997).
His television credits include a lead role in HBO’s Big Love, for which he earned three Golden Globe nominations, as well as Hatfields and McCoys.

Paxton’s final big-screen role will be in the thriller The Circle, which is currently in post-production, alongside Emma Watson and Tom Hanks. (PEOPLE)